EMERGENCY? Help!!!
There’s a poor, dear Mourning Dove that’s been on my balcony since earlier tonight (while cooking a late dinner, I first noticed what sounded like a “bump” and then followed by winged flapping sounds around 8-9pm-ish when I went to open the sliding glass door to out balcony to offset some accumulated smoke from the stove (yeah, I don’t cook meat unless I’m feeling especially lovey-dovey - no pun intended - towards my husband).
Anyways, the sweet little thing looks OK but since it’s dark outside and we’ve only got a dinky piece of crap flashlight, it’s pretty hard tell if something less obvious is wrong. It seems to able to flap it’s wings around since it does so when surprised/disturbed but I suppose that doesn’t necessarily mean it’s not injured. It’s situated in a small space between the HVAC radiator coils which sits outside on the balcony (as opposed to the other part of HVAC situated inside the balcony closet) and the far right wall of balcony. My very rough guesstimation of said space is approximately 1 ½’ X 2 ½’ to 3’. Basically, it’s a rather snug squeeze to get behind the fan coil to where the bird is and one can’t see it from anywhere else on the balcony unless one is to go behind said radiator. WHAT DO I DO??? I mean, doves (or most any birds, for that matter) don’t normally just “squat” on concrete flooring without something of a nest to roost in. And even if it was roosting, wouldn’t the bird at least fly away when startled or scared by us coming within a 2 feet from it? Unless, however, it is sick or injured, which I’m thinking it must be. Please help. Who can I contact in my area (Virginia) that can rehabilitate it (if need be) without euthanizing it?! I don’t want to call Animal Control (or my building’s management) for those exact reasons. Any advise? Any reputable animal welfare leagues who work with city birds such as pigeons, Mourning Doves, etc. and not just the rare endangered bird species such as eagles and other raptors? I know VA has some weird laws regarding wildlife captured on ones property and if one traps an animal, they must kill it, and the same with an injured animal found on property.

Somebody - please advise me what to do!
HELP!

I’m not really surprised at all, to say the very least.
Oh America. Stop being so damn creepy. We’re not whores so don’t treat us as though we are. Ugh.

This is in reference to an article I read online regarding "Big Data" - Facebook, Google, Amazon, web advertising, second and third-party middlemen, and the whole general data-mine profiteering of personal information.

It's too bad that we, as the users, aren't the ones to reap the financial benefits that Facebook, Google, etc. gets for mining our ("us" being the users) own personal info. We'd all be seriously loaded by now! Then again, if this were the case, said companies/corporations probably wouldn't be anywhere close what they are today, or even exist for that matter, therefore probably not making the payout we'd collect not nearly as sweet as they currently receive. We just can't win, I suppose. Hah.
OK, this is probably going to come off as a bit fruit-loopy and will undoubtedly be misconstrued in some way by some, but I'll take my chances and spit it out. I've no shame - I keep telling myself that...
So, as most of us already know, the people (i.e. users) whose info is getting mined, collected and sold off by and to the "Big Data world" is what's making these corps/companies so wealthy and/or is the entire reason for their existence in the first place! Meaning, many of them are absolutely nothing without us. Yet, even though all that data and info is originally and personally our own, we don't get a dime of it. It seems that keeping touch with long-distance friends is what justifies this for some companies as though we can't just pick up the phone or text those friends instead? But I digress from the point which I am at long last trying to make... This bizarre "relationship" we have with web services and "social networking sites" (need I really name who they are?) where we are choosing to essentially hand over our own lives, and freely, for them to sell and churn out a profit, is akin to a prostitute working for a pimp. Not to mention the slight feeling of being repeatedly violated more and more (in another way; not in a sexually/bodily way, of course!). There's definitely some parallel between these two "industries" in that exploitation is what they bank on, albeit the drug addiction, mental and physical health issues, and murder which normally goes with the former business (ie being whored out and virtually owned by evil pimp for his own income).

I know, I know, it's a just a wee far-fetched and an utterly crap analogy that is figuratively and quite literally stupid/laughable! But I can't help it that this metaphor continues to pop into my head more and more lately. Until I get a better analogy, this is where it'll stay. Besides, getting this off my chest and typed out (even if less than mediocre) was necessary and I feel better already. Plus I was bored and daydreaming when I start writing this.

The Boston Marathon bombing investigation, now in its third day, is not just the largest crime scene in the city's history — it's the most crowdsourced terror investigation in American history. With the FBI, the ATF, and Boston law enforcement soliciting videos, cellphone pictures, and anything that could lead to the capture of whoever set off those pressure cooker bombs, the plea has more or less turned the interested and the Internet into amateur investigators armed with what we know the remains of the bag and the bomb look like. On Reddit, where they can now apparently track murder by way of Google Maps and where some of the most detailed information on the Boston case has surfaced publicly, the FBI's plea for info has spurred the "Find Boston Bombers" subreddit, with all kinds of analysis. But here's the find they're most excited about: They've found a photo of a man with a backpack that has straps which resemble what federal officials believe is the detonated backpack. (Update: Authorities appeared to have a suspect — follow here.)

We have obscured the man's face because, well, the only suggestion of a connection to the bombings comes from people on Reddit who have been looking at photographs:

And one more angle, showing extreme close up of the straps.

Again, we can only vouch for the image of the detonated bag, which the FBI says contained one of the pressure cooker bombs. There are no details on where the image of the man in the blue jacket came from, or at what time it was taken during the marathon, or the location— the only reference we have is that it trickled down from social media and Flickr,and down to sites like 4chan andReddit. Redditors, to their credit, haven't been shy in voicing the skepticism and concern with pinning this terror attack on an innocent man:

The Atlantic's Alexis Madrigal has a compelling point about how this Internet vigilantism movement is troubling, and could end up in people being unfairly singled out. And yes, there's a deep, and problematic potential of that happening. The blue sweater picture isn't the only other photo popping up however, like this one who one poster believes could be smuggling a pressure cooker bomb because of the shape of his backpack:

Internet sleuths believe this a photo of that same man without his backpack (we can't tell one way or another):

And this, one, which we sorta have no idea why things are being circled:

Reading through the amateur forensics feels like an intense and puzzling game of Where's Waldo.  But it's a byproduct of what you get when the FBI asks the public for help. Jittery nerves lead to things like the New Yorkers who reported 77 suspicious packages in the wake of the Boston bombings, and multiple incorrect Chris Dorner sightings in February. And the blue robe man, along with the pressure cooker backpack man, are all tips—tips that part of the thousands the FBI receives. As The Washington Post reported:

[Richard] DesLauriers said cooperation from the community will play a key role in the investigation. He said the range of suspects remained wide open, but by midday Tuesday more than 2,000 tips had been received. 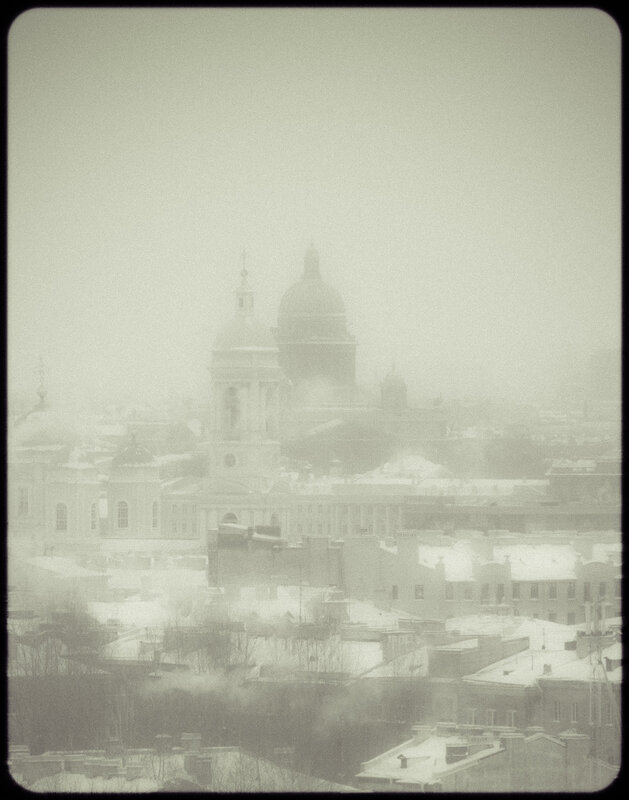 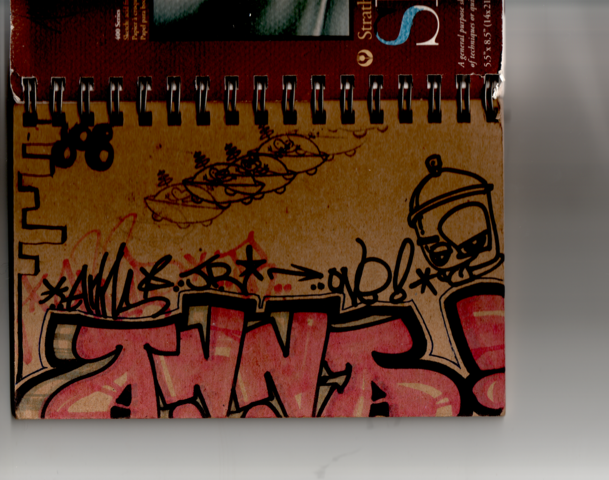 LuxoMafia - A 60 Minutes segment from a few weeks ago touching upon the monopolization of brand name eyewear independents being swallowed up by Italian mega corporation, Luxottica, who produce all everything from Ray Ban's to Gucci to Tiffany to COACH, plus owning the entirety of whats sold at Sunglass Hut (and the actual entity itself), the 2nd largest eye insurance company in N. America, Target vision, etc. etc. Just another example of corporate monopolization.

Seriously, for a long time now I've been wondering why so many sunnies I try on in the store these past few years, all seem vaguely similar to one another no matter the brand or style.

Now I know (and why they're all out the ass expensive).

What are all these kisses worth
If thou shall not kiss me?

Just so you know there's some NSFW language in the video.

Sheesh.
Why the eff would I?
Kinda hate some of these ridic questions but it's 3am and I can't sleep, so what's new....smh.  :C

American Censorship Day!
Today, Congress holds hearings on the first American Internet censorship system. This bill can pass. If it does the Internet and free speech will never be the same. [Learn more here.] Do you support this bill?
Reply 356
Collapse